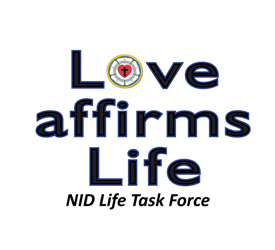 A Christian Perspective on End-of-Life Decisions

Bibliography for Life and Liberty Lecture

What is Moral Injury?

It is a coming together with a peaceful, prayerful presence to witness our care, compassion, and concern for the unborn and for their mothers.  For those considering abortion for any reason, that they might be connected to resources to offer a mom in crisis an alternative, life-saving choice.  For those workers in the abortion industry, that they might have a change of heart.

The official prayer vigils are organized during the 40-day seasons of Advent and Lent.  The spring vigil will run from February 17 – March 28, 2021.

How and where can I participate?

Each day during 40 Days for Life, individuals, churches, families, and groups will be asked to join together in prayer during one-hour sign-up slots for a specific request so the entire Body of Christ can unite around a common focus.  God promises to hear us wherever we pray so it can be in your home, your workplace, your church, your college campus, or at one of the official 40 Day vigil sites where abortions are performed.     https://www.40daysforlife.com/vigil-search.aspx.  If you pray at a site, materials will be on-hand for prayer volunteers to connect moms to material help available locally assisting them in their choice for life for their baby.

Why is coming together for prayer important?

18,003 lives have been saved from abortion, 107 abortion centers have closed, and 211 abortion workers have quit.  Prayer is powerful!

Rather than risk having 10,000 people in close contact, WeDignify, the organizers of Moving the Movement, made it a caravan with 6 stops through 4 states (Illinois, Wisconsin, Nebraska, and Indiana).  Our own LCMS co-sponsored the event in Fort Wayne, IN where President Harrison was a featured speaker.  The March for Life Chicago’s Rally on the Road drew almost 600 carloads of pro-life advocates to process through the streets of downtown Chicago for the January 23, 2021 event.  It is estimated that over 20 LCMS NID congregations participated.  Families cheered on street corners as the procession moved from the near north side through the city to the southwest side where participants donated tens of thousands of diapers to a local pregnancy resource center.

Organizers set an ambitious goal to collect 130,094 diapers, a figure picked to equal the number of babies aborted annually in the Midwest. In-person and online donations surpassed that number by over 25,000, to donated 156,518 diapers. The collected diapers were distributed among 20 local pregnancy resource centers.

“As we look forward to returning to our massive event in the Chicago Loop in January 2022, we are thrilled by the new pro-life ties we have forged this year,” shared Grillot. “We will continue to advocate for life throughout the year and look forward to hosting thousands of pro-lifers from across the Midwest right here in Chicago next January.”

It is anticipated that the NID Life Task Force will organize a bus for the January 8 2022 event.

The LCMS Northern Illinois District Life Task Force presented Life & Liberty: Faith, Family, and Freedom featuring Focus on the Family’s Tim Goeglein on October 26, 2020. Below is a video recording of the event.

Two years in and looking to the future

Life ministry has become an established ongoing mission of the LCMS Northern Illinois District. Educating people about life issues and providing opportunities to put faith into action is the dual focus. Established in 2015 by District President Dan Gilbert, the group was given the broad assignment of creating a pro-life climate within the NID over a two-year period.

“We believe we have made strides in that arena,” said Deaconess Kristine Blackwell, who sits on the task force. “The 2017 March For Life Chicago featured several sizable groups of LCMS Lutherans, including a bus load of suburban church members that we transported from a meeting point at Trinity Lutheran Church in Lisle. We united under a ‘Love Affirms Life’ banner, with many of us wearing red Lutherans For Life ball caps.”

“Our success over the initial two-year assignment has moved us to continue our efforts,” NID Life Task Force shared, “We’ll be educating pastors and their congregations about current topics, such as the dangerous trend by institutions to not allow health professionals to ‘conscientiously object’ and abstain from tasks that violate their Christian beliefs. We’ll be sharing helpful resources. And we’ll be issuing calls to action to LCMS members throughout the district.”

“Currently we are calling on Lutherans to support their local crisis pregnancy center,” they added. The following websites are offered for locating faith-based pregnancy resource centers by zip code:

Affirming God’s Will to create and sustain mortal life in the anticipation of Life in Christ, The Northern Illinois District Life Task Force’s mission is to connect with church workers and their congregations by presenting unique educational and outreach opportunities about the reverence of life from conception though natural death.

For more information about opportunities for affirming life in your congregation, contact your circuit life counselor or Rev. Craig Meissner. 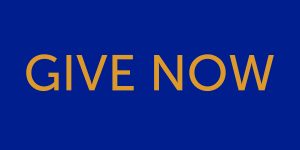